Dear Parent,
It was such a pleasure speaking with you today. Thank you for taking the time to speak with me regarding your child’s Autism diagnosis and the results of the speech and language evaluation. I want you to know that I fell in love with your child when I evaluated him. He is precious, sweet, hard-working and tries his level best to do what is asked of him. Your child is eager to please – so much so, that I worry about him not being able to advocate for himself at the expense of trying to obey authority, even when it’s uncomfortable for him. During the evaluation, I noticed his body language indicating “distress.” I asked him if he needed to use the restroom and he immediately got up, went into the tiny bathroom in the office, closed the door, used the toilet and then washed his hands and returned and sat back down at the table. Halfway through the evaluation I handed him a piece of unwrapped candy. He put it in his little hand and held it there. I asked him if he wanted to put it into his mouth and he did so, immediately. And he held it there, obviously uncomfortably – his little face showing displeasure, but his behavior demonstrating compliance. I handed him the trash can and said that he could spit it out if he didn’t like it. And he quickly did.

I agree with you that he is very smart. As I wrote in the report, the standardized speech and language scores are only an estimate of what he may really know. I had to mark things wrong in the evaluation, even though I knew that he knew the target concept. For example, when I asked him what color the large ball in the picture was, he said “heavy,” and he said the yellow ball was “light.” His descriptions of the balls were accurate on both accounts, but he did not label the colors as prompted. Yet he easily labeled colors when I put crayons in front of him. I noted this information and highlighted his strengths in the speech and language evaluation report, and these and other identified strengths will be the starting point of building a therapy plan for him.

Please know that I know he is a wonderful child; and that I understand that his meltdowns in the classroom these first few weeks in kindergarten are not malicious or because he does’t want follow the classroom rules. And I will tell the teacher that he is not stealing; I will tell her that he truly doesn’t understand that the toys out of the treasure chest must be earned or that he must ask first before he takes a pencil. Yes, he is a very good boy. Right now, he just doesn’t understand these unspoken social expectations that his peers seem to instinctively know. He is not trying to disrupt the class, nor is he attention seeking when he cries and screams as his peers do choral reading. Sensory overload and external stimuli, as well as auditory processing difficulties make it quite difficult to function without additional support in a very noisy, bright, crowded and busy classroom.

Your child has difficulty understanding indirect requests, and messages which must be implied. He will, however, make every effort to comply with a clear, direct request. He doesn’t understand how to self-advocate in the classroom for personal needs such as asking to use the restroom, asking for a drink of water or for how to tell an adult that he is being bullied by a classmate. He doesn’t understand why he has to remain seated without first asking the teacher if he can get up and walk around. As I expected, and as you explained to me on the phone today – in your house, he doesn’t have to ask to go to the bathroom, walk around, play with his toys or use a pencil. He just does or gets what he needs independently, because these are the expectations in your home. These are two sets of very different expectations, and the new demands in his classroom have got to be confusing and upsetting to him. It’s no wonder it’s been such a hard first quarter. I will tell the staff that sometimes his only way to communicate discomfort or being overwhelmed is through behaviors such as verbal outbursts or meltdowns, because right now your son does not have the language or the self-advocacy skills to communicate in a more effective manner. The first thing I am going to do is give him access to AAC. My long-term plan is to help him learn how to do convey his needs, thoughts, desires and aspirations by recommending additional supports in the classroom and with speech and language therapy.

Please remember what we talked about regarding eye contact, echolalia, sensory needs, picky eating and especially how to choose therapies that will respect his dignity and autonomy, and that won’t crush the joyous and precious little person that he is. I will advocate for him; but because you will need to learn how to become be his biggest champion, I have sent you links to resources for you to begin to educate yourself about Autism. I understand that you were very upset yesterday when they told you the diagnosis. My hope is that you begin to view this diagnosis differently. Your adorable, wonderful child is still the same person he was before you received that phone call. The good news is that there are people who can teach you how to support him and help him to have a happy childhood.
With kindest regards, the SLP who evaluated your child.

After an Autism Diagnosis: 13 Necessary Next Steps For Parents

” In UNIQUELY HUMAN Barry Prizant (PhD, CCC-SLP) discusses his revolutionary way of interpreting Echolalia (definition: repeating or “echoing” what another person has said): “Echolalia serves [a]… vital purpose for many children with autism: it’s a path to acquiring language… Children with autism struggle with communication but they tend to have a very strong memory. So they learn language by hearing it and repeating it back, either immediately or with some delay. As the child continues to grow socially, cognitively, and linguistically, s/he begins to discern the rules of language, but s/he does so, in part, through the use of echolalia.” Page 46
Barry goes on to emphasize, “Echolalia serves a developmental purpose. A child cannot become a creative and fully functional user of language merely by repeating memorized words or phrases, but echolalia is a start. For many of these children, it’s the first step in understanding the basic concept that they can use their body as an instrument to produce speech that expresses wants, needs, observations, and feelings. And in that way they can connect with other human beings.” Page 49
One compelling example of Echolalia as a communication tool is Aiden’s story, told in UNIQUELY HUMAN – “At four, Aiden would greet people he met not by saying “Hi” or “Hello” but with a line from his favorite movie. He would cock his head to the side, squint his sparkly eyes, and ask, “Are you a good witch or a bad witch?”…This boy wasn’t speaking gibberish; he was capturing the essence of what it means for one human being to encounter another.” Page 44

Eleven Ways You Can Make Your Autistic Child’s Life Easier

Don’t Mourn for Us: “Parents often report that learning their child is autistic was the most traumatic thing that ever happened to them. Non-autistic people see autism as a great tragedy, and parents experience continuing disappointment and grief at all stages of the child’s and family’s life cycle. But this grief does not stem from the child’s autism in itself. It is grief over the loss of the normal child the parents had hoped and expected to have. Parents’ attitudes and expectations, and the discrepancies between what parents expect of children at a particular age and their own child’s actual development, cause more stress and anguish than the practical complexities of life with an autistic person.”

Autistic people are not tragedies. My life has value and joy

NeuroTribes: The Legacy of Autism and the Future of Neurodiversity
Silberman’s 2015 book about autism and neurodiversity was awarded the Samuel Johnson Prize. Silberman’s Wired article “The Geek Syndrome”, which focused on autism in Silicon Valley, has been referenced by many sources and has been described as a culturally significant article for the autism community. Silberman’s Twitter accountmade Time magazine’s list of the best Twitter feeds for the year 2011.

Why I do not recommend Applied Behavior Analysis (ABA)

We are like your child: A checklist for identifying sources of aggression

Autism is a valuable part of humanity’s genetic legacy
Autism: How to raise a happy autistic child

Resources: Ollibean is a dynamic community of parents, families and advocates in the disability community working together for a more socially just, accessible and inclusive world.

Where 75% of workers are on the autistic spectrum

Microsoft Made a Genius Change to Its Hiring Process. (Amazon, Apple, and Google Should Learn From It) 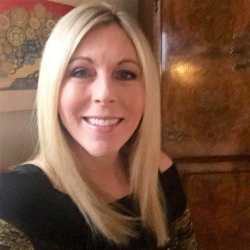 Founder and Executive Board President of SLP Neurodiversity Collective at SLP Neurodiversity Collective
Throughout her career, Julie has served in various healthcare settings with both pediatric and adult populations and has held key healthcare leadership positions, including National Field Director of Corporate Compliance, and Multi-state Regional Clinical Director for the nation’s largest provider of rehab post-acute care. Julie is a frequent blogger and writes articles on disability rights, empathetic therapy practices, and advocacy efforts. Julie is a passionate and tireless patient/client/student rights advocate and activist.